Have you ever swam in a pool that was over-chlorinated? If you have, you might have encountered side effects, such as your eyes burning and breathing difficulty. Chlorine is the “superman” of disinfectants, and used by most municipalities to clean the water source.

But when chlorine reacts with other naturally occurring chemicals, it can form a dangerous compound called TTHM (total trihalomethane). Last year, Troy saw an increase in its average TTHM levels to 81.6 parts per billion, which is higher than the state limit.

TTHMs are comprised of other chemicals:

When these already-present chemicals react with chlorine, they form TTHMs. Since chlorine is always readily available in a public water supply, the presence of TTHMs is not uncommon. But TTHMs can also invade private wells in the Hudson Valley Area.

When Do TTHMs Become Dangerous? 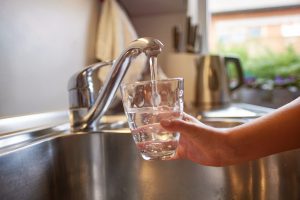 When an excess of chlorine is used in the water, the amount of TTHMs also naturally increase. This was the case last year when Troy used more chorine than usual when replacing its water storage tank at Peterson Court.

According to the Public Service Notification sent to customers:

“During May 2017, the City’s Department of Public Utilities was completing an upgrade to a treatment system that helps reduce the byproduct TTHM. As this system was inoperable for the month, the TTHM result was elevated during that quarter.”

Exposure to TTHMs, a known carcinogen, can cause a variety of health issues, including cancer, miscarriages, and birth defects.

How Can I Remove TTHM From Water?

At a baseline level, you should have an activated carbon filter and change it regularly. This can help mitigate some of your chlorine and TTHM issues. You can achieve the best water by using a reverse osmosis system.

Are you concerned about the level of TTHMs in Troy, NY area water? Get your water tested for FREE from Culligan of Hudson Valley!